KindlyMD™️ begins seeing patients November 2022. Keep up with us until then by joining our waitlist!
Join Waitlist

Opioid medications are a common tool used by pain management physicians around the country. They can be prescribed for acute pain following surgery, for example. They might also be prescribed as a short-term solution to chronic pain. But generally speaking, pain doctors prefer to gradually taper opioid medications. There are valid reasons for this.

Tapering involves gradually reducing the amount of medication a patient is taking. Ultimately, the goal is to eliminate the opioids. Whether or not that means other medications are given as a substitute is determined on a case-by-case basis. As for why pain management physicians choose to taper rather than immediately stopping, there are three things to consider.

One of the worst aspects of opioids is that they cause dependence. Opioids relieve pain by binding to opioid receptors in the brain. But as is the case with so many other drugs that work in a similar manner, the brain can get used to a certain amount of opioids in the system. And when that happens, pain relief is reduced.

This scenario is known as dependence. When it sets in, the only way for a patient to achieve the same amount of pain relief is to take more medication. Doctors want to reduce the volume of opioids a patient takes in order to simultaneously reduce dependence as well. Otherwise, a patient needs to continue taking ever larger amounts of medication to manage pain.

The nature of opioid dependence is such that attempting to stop using opioid medication almost always produces withdrawal symptoms. Symptom severity can vary from one patient to the next, but nearly every patient suffers some level of discomfort. There is also the danger that withdrawing too quickly could lead to medical complications resulting in injury or death.

In simple English, withdrawing from opioids cold turkey is a risky proposition. Not only does it present a certain level of danger to the patient, but it can also magnify the perception of pain. So now a patient already dealing with chronic pain needs to also endure withdrawal symptoms. Tapering is a way to manage withdrawal in a safer and more compassionate way. As for the symptoms, they are minimized through tapering. Other medications can be given to address them if they become too difficult to bear.

A third and final reason pain management physicians prefer to taper opioid medications is the fact that scientific studies seem to suggest that doing so helps improve pain management. One such study, published in 2019, was conducted by way of a systemic review of previous tapering studies.

The study in question looked at more than 2,100 cases of chronic pain for which patients were gradually tapered from opioid medications. Just over 81% of patients reported better pain management – which is to say they felt better – at the completion of tapering. Some 15% reported no difference in their pain experience while only 3% reported more severe pain.

Science may not fully understand the mechanism here, but the fact remains that opioid tapering seems to help pain management over the long term. So the goal is to gradually reduce opioid consumption and, where necessary, substitute with other medications that don't have as much negative baggage attached.

Opioids are appropriate for pain relief in some cases. But pain management physicians tend to frown on them as a long-term solution. When opioids are prescribed, gradually tapering until they are no longer used is usually the best way to go. 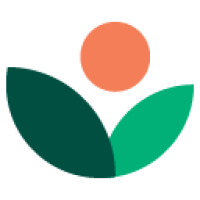 Let's brighten up your inbox.

Contact Ushello@kindlymd.com(385) 388-8220
Address:
740 E 3900 S
Suite 108
Salt Lake City, UT 84107
The information on this website has no warranties, express or implied. Information presented is not intended to be advice, medical or otherwise. Always seek medical advice from a licensed provider in your state.
©2022 KindlyMD, Inc. All Rights Reserved.
DisclaimerPrivacy Policy